Profile of a Protagonist is a recurring blog post with the goal of showing readers how individuals in our Voice community engage in the Gospel and see God’s love lived out throughout Orlando. Meet the protagonists.

Tell us about yourself:

I stopped growing at some point in middle school (4’10 and a half to be exact) and that was also the same time someone pointed out that I was short. Literally! It seems silly, but ever since then… I’ve always been aware of how small I am- in every sense of the word. I’d typecast myself as the “pint-sized maladroit” and more often than not, I positioned myself for that role before anyone could ever ask. It often felt like the world was progressing, aging…and I was stuck at sixteen. It wasn’t until about a month ago where I abandoned ALL labels  and walked in utter faith to pursue the God sized vision placed in my heart– move to Raleigh, North Carolina to join the fight against human trafficking by working with organizations like A21 and the Raleigh Dream Center. It took me deciding in my heart that I wasn’t going to waiver anymore, regardless if the minute details worked out differently than anticipated. I had to understand that I could no longer settle for mediocrity when God was willing to supply the supernatural. Lastly, I had to come to terms with the fact that though I was small in stature, I had to believe I was large in spirit BECAUSE HE DWELLS IN ME. That’s exactly what happened. I packed my things and set out for the joy in the journey– and I’ve never felt so alive.

“Though she be but little, she is fierce.” -Shakespeare
1) What are some of the challenges you’ve faced, being a 21st century abolitionist?

One of the biggest challenges I had to face early on was not allowing that sense of helplessness to overwhelm me. In 2014 I went on my first missions trip which is also where I had my first encounter with a trafficking situation before my eyes. I just remember being so conflicted between anguish, anger and frustration because there was nothing I could physically do. I stood there frozen not sure how to pray. So, I cried that out “God- teach me how to pray for this!” 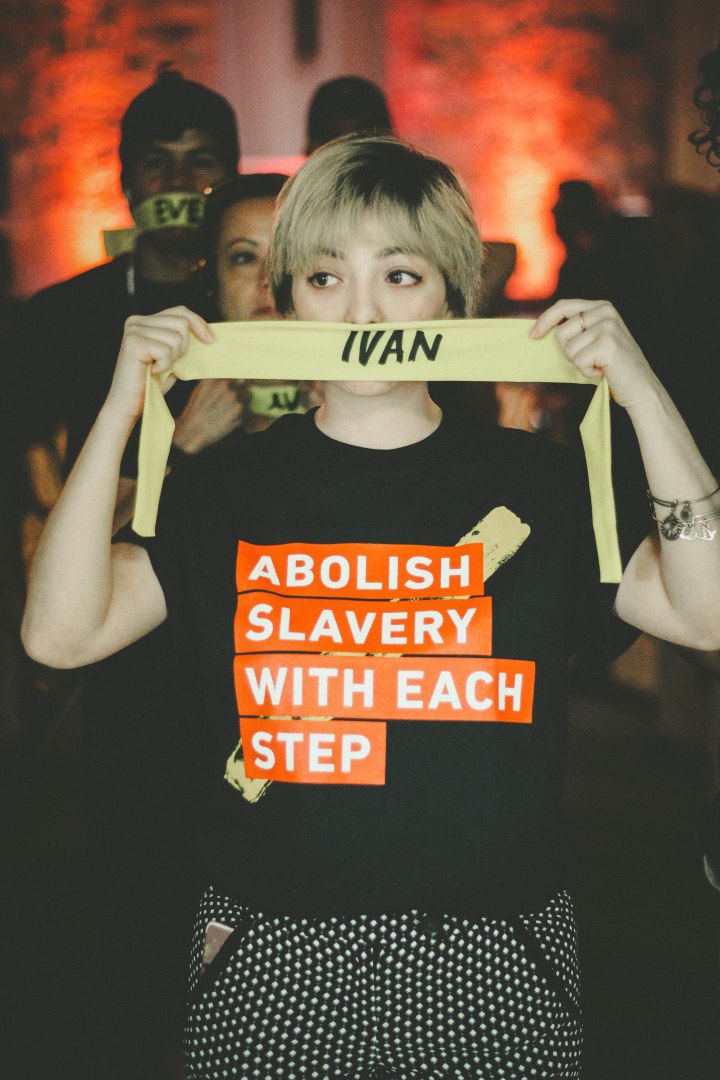 During the next couple weeks God introduced our team to this lovely elderly man who we later found out had a baby with a very young girl etc. I wanted to be mad, but something wouldn’t let me. It was then that the Lord spoke “Michelle, before I let you see his sin, I let you see who I created him to be. Now you can never say that you don’t know how to pray for this.” IN THAT MOMENT it became clear that I wanted not to just fight the traffickers, but I wanted to fight FOR them in the spiritual.

2) How do you see God in the city of Orlando?

As cliché as this sounds, I see God in the people. If Orlando was a color scheme, Christians would be the accented neutral. There are splashes of us throughout and our difference of colors not only stand out but literally bring things to life. That can come across as an arrogant statement, but I think if we want to make a difference in our city, we must be believe that a little bit. We HAVE to believe that! We have to believe that Jesus is the difference and because we have Him…. we shine, look and act completely different—and we should be okay with that.

3) Any advice you want to give to anyone who wants to get involved with fighting against human trafficking?

Having a burden or frustration isn’t the end goal- it isn’t enough! A burden is only the seed that when watered and nurtured, it’ll mature and grow into something. We can’t let the numbers or statistics hinder us from being the voice for the voiceless. Lastly, don’t let your heart become callous towards the traffickers—they need our prayers too! I’m convinced that if God can reach the hearts of traffickers AND HE CAN, then we will truly see a decline in trafficking.

If you’re serious about becoming a freedom fighter there are a growing number of opportunities to get involved: Florida Abolitionist, 121 Hope & A21 (among others) are all non-profits that provide different services and education.

4) How has the Voice impacted your walk with Christ?

The Voice will always be “the good old days”- where I found and developed my friendships I have now. It was at the Voice where Pastor Sonia spoke into my life (in 2013) during one of her sermons and I received the “call” to join internship the following year. In 2016, during a Rhapsody night God spoke my next step—move to Raleigh—a city I didn’t even know existed. I guess what I am trying to say is that the Voice has been a big avenue for me to grow and be challenged in my walk, into the unknown. For that I will be forever grateful and forever I am forever changed. Thank you.