Profile of a Protagonist is a recurring blog post with the goal of showing readers how individuals in our Voice community engage in the Gospel and see God’s love lived out throughout Orlando. Meet the protagonists.

Tell us about yourself:
“My name is Cody. I was born in Orlando but moved around a lot throughout my life. My family moved to the outskirts of Chicago, and then we moved back here [Orlando]; my parents got tired of the cold and snow. And so, after we came back here; ever since I’ve felt a burden for ministry and have been doing that.” 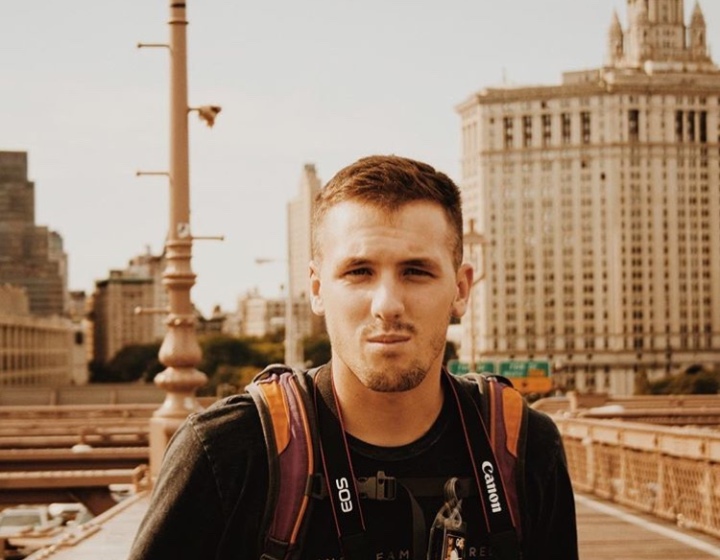 1) When did you first know you wanted to be a missionary?
“Back in 2013, I went on a mission trip to Mexico and on about day 3 of the trip, we were doing a prayer walk and the Pastor of the missions trip only chose guys for the place where we were going; because he said it was going to be dangerous. I was sketched out and we had to go up this mountain. Once we get to the top of the mountain, the missionary shared with us Luke 19:41, I believe, talking about when Jesus overlooked Jerusalem and how when he sees Jerusalem he begins to weep because he sees everything that’s going to take place.
So the missionary flipped it for us and said to pray for Mexico as Jesus did Jerusalem; because in that verse, if you continue to read, it says “Jesus prayed for Jerusalem.

Now, I came from a family who would always say things like “you have a call over your life,” and although they told me that, I never really felt the Holy Spirit or God speak to me in that way before, until that moment. I remember I just stopped praying for Mexico, and I said to God, “this is the moment, tell me what to do for the rest of my life.”
In that moment, this was probably the #1 time I felt God say so clearly as he said “Cody, this is what I’ve called you to do for the rest of your life.” Ever since then its been missions; ever since then I’ve said I’d do anything to be doing ministry. So I did internship (Mainstream Orlando), when I did internship it was in a church setting; and then I heard the Holy spirit tell me “how are you going to reach your country if you can’t reach your city?” So that’s when I started to love outreach. And I know I’m called to missions full-time, but that’s later; I believe God has cities and so let’s get to cities before we get to countries.”
2) How do you see God in the city of Orlando?
“I could go in so many directions answering this question. I think as a church, and as multiple churches (not just in Orlando but every city), it’s all about who’s the most creative, like there are all these different ways to reach people and ever since I’ve really felt a burden for outreach, the answer for me has always been just to love on people. So, how I see Jesus in the city of Orlando would be that, just loving on people. Like how much are we going to love people to show how much of Jesus is needed to be shown?
If I were to flip that question and make it back to real life, or anybody’s personal life, the question would be “how much do you choose to love people?” I think that is how much God is going to be shown in the city of Orlando. It talks about it in the Bible how love covers a multitude of sins, and so in just that alone people are going to be able to tell; that we are the pleasing aroma of Christ and that brings life. Who is equal to such a task? We have the best task, we have the best job. I think that loving on people really shows God’s face in everything that we do.” 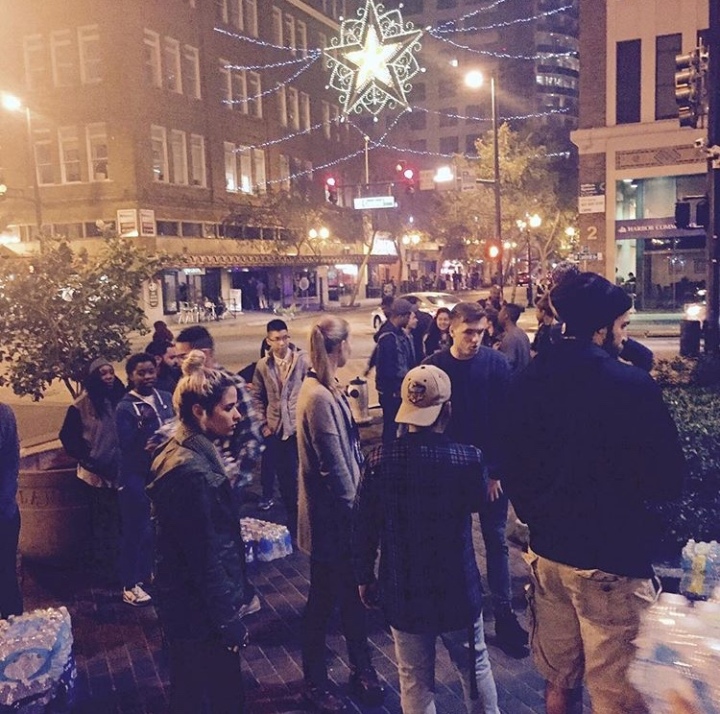 3) You once described how “Your best days of ministry are ahead of you”. What
has been your favorite moment in ministry so far?

“There’s been a lot of rewarding moments. As a person you feel like there’s never enough though, you know? It’s kind of hard to get “big wins” or solid wins, but the best moments were a year ago. We were doing a cadence push, and a guy named Chris walks in and comes up to the table. This guy was from here (Orlando) and I immediately just try to sell him on coming out to H2Orlando. So as I’m telling him to check it out, that it’s on Friday nights, etc. ; his face looks completely distraught. Basically he had never been here (to the Voice) before. I fed off of his expression, and asked him if he had ever been here before and he looked at me and said “no, you’re going to laugh at me, I’ve never actually been to a church before in my life.”

I told him I wouldn’t laugh at him and asked him “what brings you here?” and the minute I asked him, this guy begins to cry, like ugly crying. Snot everywhere, you know what I’m saying?

He reaches in his back pocket, pulls out his wallet, and pulls out this wrinkled up Voice card; and he says how he was Downtown months before and had gotten water and that particular card. That day when he opened up his wallet, I asked him “what made you feel like you had to come?”, and as he was crying he said, “I can’t deal with this depression anymore and if this is going to be the cure to it, I’m willing to try it.”

4) What is any advice that you could give to anyone who is maybe afraid of talking to people, or inviting people to church?
“My advice would be to fail. Not just fail, but fail forward. There is a difference between “failing” and “failing forward,” and personally failure just stops right there. A person who is failing forward is not really failing because when they fail, they find out “that’s not the way” and then they fail another way. I think failing forward is the answer, when you’re talking to people fail. Fail at it and mess up. It’s okay, you know what I’m saying? You can’t mess up and then not talk to people. I’ve learned to become confident in talking to people and get anyone to come to church. I know the areas that I’ve failed in and learn from that. To anybody that’s scared, I just think you just got to get out, and fail freely and better yourself.
5) How has the Voice impacted your life?
“Man, the Voice, it’s just an open door. I love the Voice. I tell Pastor Sonia all the time, one of the biggest privileges that I have is being able to lead a cadence. The biggest privilege that I have is being entrusted with a little bit. So , I think that always there is going to be opposition, but in the long run it’s worth it.

The Voice has impacted my life in a big way. To have college-aged services? That’s crazy, that’s unheard of anywhere else. I’m used to going to a youth group with like 25 people, sitting in a circle. The Voice, that’s it, it’s an open door. I’ve finished internship, and I’ve been waiting to get a job in full-time ministry, but leading a cadence that’s helped me more than anything else; it’s really pushed me. The Voice has impacted me in just providing an open door.”